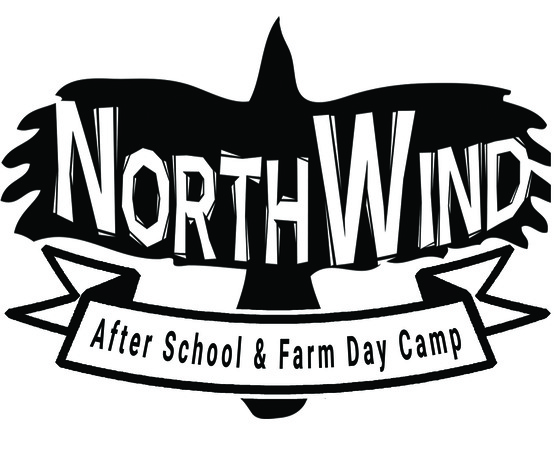 Last Tuesday was the first day of the program for the 2018-19 School year. We had the opportunity to up our number to 30 youth allowing us to reach more youth. The first week of program youth had the opportunity to get to know each other and learn about the farm and their space. Youth got to meet all of the educators that will be leading different lessons and club programs.

Starting the first day the youth got to learn about our environment. Educators, here on the farm, love to take advantage of teachable moments. When Nick, one of our educators that specialize in outdoor education and sustainable energy, was walking into the classroom earlier on Tuesday she spotted a large yellow and black garden spider.  After the youth arrived to the farm Nick took small groups to the spider and talked about the type of spider it was.  The youth learned that it was an orb weaver spider, they learned that it spins two types of web and one of them is a stronger web that helps hold it up.  The Spider also had a small grass hopper that got caught in the web.

The youth also had the opportunity to explore the woods on the farm, they found animal tracks, feather, scat, snake holes, chipmunk holes, and many other great signs of the animals that live in our environment!

This year youth will have the opportunity to sign up for a variety of clubs. Different clubs will run each week, giving youth the opportunity to do some, cool, organized clubs as well as have some free play with their friends. We will have cooking clubs, journalism club, sewing/crocheting club, Environmental studies club, drama/fantasy club, and so many others. In the clubs the youth will learn about careers that pertain to that club, work in small groups, create and make things, and develop new skills.

A story about the maple season

As some of the youth in the After School program may tell you, I like to tell stories, so I thought I would tell you a story. Most of you may know all good stories start with four simple words, once upon a time.

Once upon a time, not too long ago, a group of kids ventured off into the woods. It wasn’t long before they spotted the snake like tubes hanging from wires and posts along the side of the trail. They climbed a hill through the muddy tracks of a giant green beast, and they knew it was going to be hiding on the other side of the hill. There it was, they spotted the beast amongst the trees. They approached cautiously, and when they got closer they saw it to be just a tractor, but notice something odd. The black snake like tube had hundreds of blue tubes surrounding it; weaving the trees as if to make a maze through the large group of massive maple trees.

The imagination and excitement in all of the kids on the day we went out to the sugar bush was fun to watch. They stood around a large tree as Charlie, our maple guru, the man behind every bottle produced, explained what had to be done. He showed the kids how to drill the hole in the tree, and what the wood should look like in the hole (it’s white if you were wondering). He then took one of the three leads around the big tree and taped it in; and the day of tree taping began. All of the kids ran out to different trees anxiously waiting their turn to drill and tap one of the leads to the old maples.

As Charlie walked around working with two or three kids at a time you can bet the kids imaginations started to create a world around them. Some were looking for animal track, or examining every hole in hopes to find a fairy or a dragon’s nest. Though there were no official fairy or dragon sightings they did find signs of porcupines, coyotes, deer and other small animals. Some of the kids took the time to just sit and soak in the fresh air and nature around them. They used the huge roots as their thrones! Some liked watching the sap starting to flow through the blue lines after the leads were taped into the tree.

After spending two hours outside in the cool February air they made their way back to the warmth of the indoors. They enjoyed some hot cocoa and some board games; though some of them were still talking about their adventures past.

That wasn’t all, they went on to tap three more trees in the front of the property, attaching some bags to the tree to collect the sweet sap. The kids took turns carrying buckets full of the sap from those trees to the sugar house (sometimes two or three had to work together to carry the big full buckets). All of the kids got to visit the sugar house with Charlie and Amy (one of our educators and another resident maple guru) and Charlie. The sugar house was warm from the hot fire roaring under the large machine. They got to see where all of the sap they helped collect goes and learned how it gets filtered. The kids saw the tub where it goes from the holding tank to the boiler, as well as learning that there are two chimneys for the steam and one for the smoke from the fire below.

Amy talked to kids about how the sap goes through different tubes, pipes and channels. Every so often when there was some maple syrup the large machine would start pouring it out into a bucket below. The kids learned how the syrup then needs to get filtered one more time before getting put into the last holding tank before getting bottled. In the last days of the maple season some of the kids helped bottle some of the maple syrup.

The kids always knew when Charlie was boiling, as the steam from the sap boiling turned the air around the sugar house sweet!

There's sap in them trees!!!

With a fully functioning sugar bush and sugar house producing maple syrup, you know the kids are going to want to get in on the action! From start to finish the after school kids are getting the opportunity to work on creating maple syrup from the sap in the trees here at the farm.

They learned a few different techniques and styles of tapping the large maple trees on the property here at the farm. they spent some time up in the main sugar bush helping Charlie drill holes and tap some lateral lines into the trees that go to the main lines that feed a holding tank out in the woods. Then they spent some time in the front of our property around the office and attached some sap bags to the trees. When the sap bags get full they collect the sap in buckets and bring that sap to the maple house to be turned into pure, delicious maple syrup!

The kids are playing with kids?

Of course the kids are playing with other kids, but I'm talking about baby goats! That's right, our after school kids are getting the great opportunity to play with, work with, and care for the goats and their kids! This will help the kid goats grow up and be more friendly with other people! and who knows some of these goats may end up at the fair.

Every day the kids are going into the pens with the goats and playing with them. One of the kids told me that they look forward to seeing the goats all day! The kid goats love climbing on the after school kids as they sit or lay down on the ground.

The kids were able to tap into their creative side and work on some really cool snow sculptures! They spent about an hour outside creating snow sculptures using different tools and colored water. Some of them worked in teams while others worked on their own sculptures. At the end of the day, there was about 8 different sculptures and forts scattered around the Farm.

Patrick Ames the Extensions Executive Director came to do a lesson with the kids. He brought in some goats to be at the farm for a few months. He took some time out of his busy day to talk to the kids about how to care for the goats. The kids in the after school program will be doing the evening farm chores, this now includes feeding watering and playing with the goats. The kids now know how to be safe around the goats and how much food and water they need.

After school programs truly matter! We currently have opening and would love to show you around. Just give us a call and ask any questions you may have.

Whats your child doing after school?

Here at North Wind After School we make sure your child is given the opportunity to learn and experience new things. Choosing the correct after school program is an important decision. We pride ourselves in the large variety of activities and long term projects.

Here's a look at some of the fun projects that the youth have been given the opportunity to be involved in:

Sewing, the youth have been working on some really fun sewing projects. they started off by learning and practicing how to measure and cut the fabric for their scarf. They then moved in to learning how to use a sewing machine, they even got their sewing machine drivers license. Once they got their license they were able to sew their hat together. We even had some judges come in to examine and talk to the youth about their hats and scarves. Next we will be working on making aprons where the youth will have to learn how to iron and pin the fabric before bring it to the sewing machine.

Cooking, at least once a week the youth get the opportunity to cook a snack for everyone in the group to enjoy! We recently choose different areas from around the world to cook something from. They get to learn about making healthy choices when it come to the types and amount of food they eat, while trying new foods.

Wood Working, we just started our first of many wood working projects! The first project is going to be a coat rack. The youth will have the opportunity to design their coat rack and use paint, wood burning tools, or both to make it unique. They will then drill holes in the board for the hooks and stain them. Other projects may be bird houses, napkin holders, and signs.